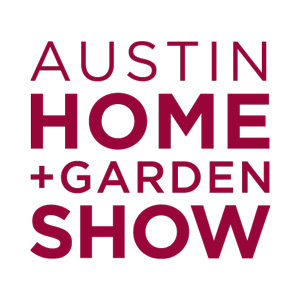 Chet Garner didn’t get here the easy way. But according to Chet, anything that comes easy, probably ain’t worth having.

Chet is a native Texan. Born in Comanche and raised in Port Neches, Chet’s love for storytelling began at a young age around the Boy Scout campfire and toting around his grandfather’s VHS camera. You’ve likely never seen “Attack of the Killer Space Noodles from Mars” Parts 1, 2, and 3. But they were a huge hit in the late 90’s in Southeast Texas.  At least two people rented them from the local video store. And as far as we know, they never requested their money back. But so began Chet’s career.

Chet followed his passions to the University of Texas at Austin where he graduated with a degree in Radio-Television-Film. Taking the road less traveled, Chet was the only film major at Baylor Law School but went on to graduate first in his class and landed a prestigious job in downtown Austin with the law firm of Fulbright and Jaworski LLP.  However, after practicing law for 3 years, Chet decided it was time to follow his passions and simultaneously inspire folks to appreciate the beauty, history, and food of the Lone Star State.

Chet wanted his fellow Texans to realize that some of the greatest adventures in the world are right here in Texas. And so he created The Daytripper, a 30-minute Texas travel show highlighting a single town or destination and aiming to inspire folks to follow in his footsteps. PBS gave Chet the greenlight and what followed was a crash course in travel, filmmaking, marketing, and doing whatever it takes to launch a successful TV show. The Daytripper is now in its eleventh season, it has won 9 Lone Star Emmys including 4 for “Outstanding Program Host,” and is well on its way to becoming a Texas institution.

From hiking Guadalupe Peak (Texas’s tallest point) to taking windsurfing lessons on North Padre Island, and from eating a cow’s eyeball in Brownsville to attempting to eat a 72-oz steak in Amarillo, there is nothing Chet won’t do to share the stories of Texas.  “The Daytripper” is now shown in homes and in classrooms across Texas to teach people about the small towns, big cities, and Texas-sized stories found in every corner of the state.  Chet’s travels have inspired a community of travelers who share their stories and encourage one another to grab life by the wheel.

As an ambassador for Texas, Chet has the honor of speaking to groups of all sizes about his life on the road and his observations on tourism, food, rural issues, and the ever-evolving meaning of “TEXAS.”  Chet also shares his stories via monthly columns for both Texas Highways and Texas Co-Op Power magazines.

His company, Hogaboom Road, Inc., is now a full-service commercial production company with clients ranging from Smokey Bear to Best Western.  Chet’s team offices in an 1890’s building in downtown Georgetown which Chet renovated into “The Daytripper World Headquarters” - a place to work and to host visitors from around the country seeking to interact with the show and buy Texas-made goods.   Chet is actively involved in the community; speaking at functions constantly and emceeing charity events across the state.  Chet teaches weekly at his church, coaches his daughter’s basketball team, and spends as much time as he can playing in the backyard treehouse he built with his kids.  Chet is seeking to live life to the fullest and inspire others to do the same.

For more information on Chet, visit his website HERE.

Chet will be presenting on Saturday, August 14 at noon (12pm). Immediately after, join Chet at Pella Windows and Doors, booth #506, for a meet and greet!

Joel Karsten, a farm boy who grew up tending a soil garden like other gardeners have for centuries, shook up the gardening world with his first book describing his breakthrough Straw Bale Gardening concept. The New York Times called Straw Bale Gardening “a revolutionary gardening method” and his ideas have been enthusiastically embraced globally, making his books best-sellers in many languages. Karsten earned a BS in Horticulture from the University of Minnesota and spends his summers tending his vegetable garden, doing research, and experimenting with new ideas and methods he can pass along to his followers. He is a popular speaker, making appearances around the world at events celebrating innovation, garden enthusiasts and healthful lifestyles. He is renowned for his social media presence, blog and on-line impressions. Karsten has inspired tens of thousands of first-time gardeners and a legion of “seasoned” growers who found a new and better way to pursue their passion. He has inspired many “retired” gardeners to begin gardening again once they learn how his method eliminates the physical challenges found in traditional soil gardening. Discover more information about Karsten and his revolutionary methods at StrawBaleGardens.com. Links to his Facebook page, WordPress blog, YouTube Channel, Twitter and His TEDx talk can all be found on his website.

For more information on Joel, visit his website HERE.

Dick Peterson served the City of Austin, Texas for 14 years. First, as the Coordinator of the Xeriscape, Irrigation and Rainwater Programs with Austin Water Utility. Responsible the Rainwater Harvesting Rebate, he oversaw the approval of the first rebated rainwater systems in Austin and developed rainwater tours for the City and for two Austin national conventions of the American Rainwater Catchment Systems Association.

After five years at Austin Water, he became an Environmental Program Coordinator with the renowned Austin Energy Green Building, specializing in water conservation. As the resident rainwater, irrigation and landscape "expert", he answered hundreds of questions from all over the country.

Now, retired, he continues to consult on rainwater harvesting systems, organize workshops and give presentations to area organizations. Dick and his wife Tess now live in a new garden home community in Round Rock, just 4 ½ miles from their grandsons.

Dick has rainwater harvesting information and project photos on his website DickPeterson.com

Carole’s passion for bamboo was born in 1991 when she purchased a home in Northeast Austin that had an established bamboo grove. She instantly bonded with the plants and started to study, cut, groom and work with bamboo.  In 1992 she learned about the Texas Bamboo Society Chapter of the American Bamboo Society and their home meeting location was Zilker Botanical Garden.  Carole became an active member and began to meet many other people from around the country and the world that shared her passion for bamboo.  In 1995, she attended her first National American Bamboo Society meeting and Professional Bamboo Growers Conference in Savannah, Georgia at one of the locations that bamboo was first introduced to the USA.  In 2000 she met Mark Meckes and their joint commitment to bamboo resulted in the birth of the Bamboo Arts and Craft Network bamboocraft.net which has a bamboo discussion forum and bamboo photo galleries for arts and crafts, plants and workshop ideas.

Carole currently serves as President of the Texas Bamboo Society and as an At-Large Director of the American Bamboo Society where she has volunteered to assist with the membership, treasurer and website.

The Texas Bamboo Society hosts monthly bamboo grove grooming at Zilker Botanical Garden on the third Saturday of each month from 9:30 am – 12 noon.

Bamboo is a plant that many uses, is beautiful and green all year round.  Carole continues to learn more about bamboo every day.  She now has about 18 different types of bamboo and she takes great pride in working her bamboo landscape which she does on her own using simple hand tools.

She is always excited to share her knowledge about bamboo and will be giving a bamboo basics presentation at the Home and Garden Show.

Dennis Celsor has been helping clients survive and thrive during the custom home building experience since 2001. After retiring as a Captain with the Houston Fire Department and managing a rental property business, he began coaching clients on how to build their own homes using subcontractors.  He has been with the Owner Built Custom Homes/Built Green Custom Homes organization since 2004. He started the Central Texas branch of BGCH in 2011. He holds the following designations from the National Association of Home Builders: Graduate Master Builder, Certified Aging-in-Place Specialist, and Certified Green Professional. He teaches building classes online weekly.